The great corporate communication tools war is upon us. When Slack entered the marketplace, it changed how corporate communication tools were used in the workplace. It allowed teams to instantly communicate with each other, as well as share files, no matter who worked where. Then Facebook introduced Workplace, drawing some users away from Slack with its ease of use. Which service will be the victor? The answer is complicated.

Corporate communication tools are becoming more and more sophisticated by the day. Between digital postcards, videos, and cloud-based platforms, it has never been easier to collaborate with employees and teams working in the office or in locations all over the world.

Slack was a game-changer because it made real-time collaboration possible. Workers could talk to different groups and share files quickly and easily all from one portal. Then Facebook jumped in the corporate communication tools race with its Workplace app. At first, you had to pay for the privilege of using Workplace, but Facebook recently came out with a free version that allows one-to-one and group voice and video calling, as well as streaming video and chat for iOS, Apple, and desktop devices.

Slack was an entirely new system to learn. When it entered the market, many users didn’t quite know how to use all the bells and whistles. This led to people under-utilizing the potentially powerful collaboration tool. Despite this initial resistance, Slack quickly became popular with project managers because they could organize all communications within one interface. Since Slack allowed file transfers and instant messaging to multiple teams at once, it was as good, if not better, than email. And it still is.

Which is Right for You?

If you’re looking for a straight-up answer, Slack or Workplace (or even Microsoft Teams), I can’t help you with a general blog post. The best corporate communication tools are the ones that work the best for your teams. Despite Workplace’s insistence on being a system anyone can use easily, many workers are still resistant to it.

Some have found that Workplace’s supposedly intuitive design and functionality isn’t really all that intuitive, especially if project managers and their teams have been using Slack this whole time. How do Slack channels translate into Workplace Groups? How do Open Groups work?

Part of the resistance is the same resistance Slack had. It’s difficult to change and try to learn an entirely new system just to communicate with your co-workers and do your job. I can tell you as a former employee of a relatively small and relatively new company, I hated the constant changes to communication systems and protocols. When the tools get in the way, communication doesn’t become invigorating and helpful, it becomes a burden.

Some organizations will stick with Slack, some will move to Workplace. Whichever you choose, I recommend getting everyone on board with what all the features of the corporate communication service and stick to it. Nothing can divide a workplace faster than frustration with new tools and gadgets. 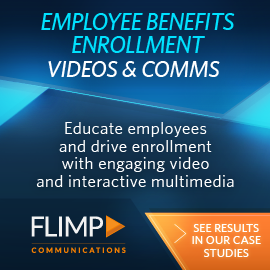